Bluetooth Low Energy (BLE) is a low power wireless technology used for connecting devices with each other. BLE operates in the 2.4 GHz ISM (Industrial, Scientific, and Medical) band, and is targeted towards applications that need to consume less power and may need to run on batteries for longer periods of time—months, and even years.

Bluetooth started as a short-distance cable replacement technology. For example, to replace wires in devices such as a mouse, keyboard, or a PC communicating with a Personal Digital Assistant (PDA) which were popular in the late 1990s and early 2000s. The first official version of Bluetooth was released by Ericsson in 1994, named after King Harald “Bluetooth” Gormsson of Denmark who helped unify warring factions in the 10th century CE.

Some of the notable differences include:

BLE has gone through some major revisions and changes in the short time since its official release in 2010, with the most recent major update being Bluetooth 5 in December 2016. Bluetooth 5.0 introduced many important upgrades to the Bluetooth specification, most of which were focused on BLE. Some of the most important enhancements include twice the speed, four times the range, and eight times the advertising data capacity.

Every technology has its own benefits and limitations, and BLE is no exception. It’s important to know these pros and cons to be able to determine whether BLE is suitable for your specific application and use case or not.

Here’s a diagram showing the different levels of the architecture of BLE: 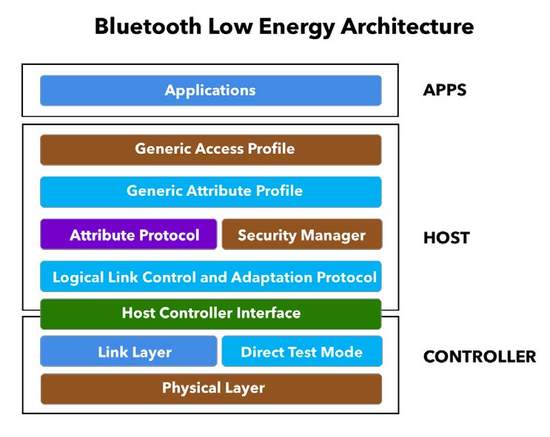 The good thing is that, as a developer looking to develop BLE applications, you won’t have to worry much about the layers below the Security Manager and Attribute Protocol. But lets at least cover the definitions of these layers:

So, what is GAP anyway?
GAP stands for Generic Access Profile. It provides a framework that defines how BLE devices interact with each other. This includes:

The different roles of a BLE device are:

In the Advertising state, a device sends out packets containing useful data for others to receive and process. The packets are sent at a fixed interval defined as the Advertising Interval. There are 40 RF channels in BLE, each separated by 2 MHz (center-to-center), as shown in the following figure. Three of these channels are called the Primary Advertising Channels, while the remaining 37 channels are used for Secondary Advertisements and for Data Packet transfer during a Connection.

Centrals tune into the three Primary Advertising Channels one at a time. So, in order for a Central to discover a Peripheral, the Central has to be tuned into the same channel that the Peripheral is Advertising on at that given point. To increase the possibility of this happening, and in order to make it happen quickly, the different advertising and scanning parameters can be adjusted.

In order for two BLE devices to connect to each other, the following needs to happen:

During a Connection Event, the Master and Slave alternate sending data packets to each other until neither side has data to send. Here are a few aspects of Connections that are very important  to know:

The most important parameters that define a Connection include:

The main reason to connect two BLE devices to each other is to transfer data between them. Without a Connection, it is not possible to have a bidirectional data transfer between two BLE devices.

Which brings us to the concept of GATT… so what the heck is GATT?!

Keep in mind that a BLE device can act as the Server and a Client at the same time. Simply put, it acts as the Server for the sake of exposing its own data, and as a Client when accessing another device’s data.

Services and Characteristics are probably the two most used terms in BLE! That’s why understanding them is crucial, especially for BLE devices that establish a connection with each other.

…but that doesn’t mean they have to be complicated.

On the contrary, they are very simple and easy to understand!

To better understand GATT, we need to cover a few important concepts (including Services and Characteristics):

A simplified representation of a Service:

In BLE, there are six types of operations on Characteristics:

We’ve barely scratched the surface on BLE and the ins and outs of the technology!

If you’re interested in learning more about BLE including:

… then check out my e-book “Intro to Bluetooth Low Energy“: 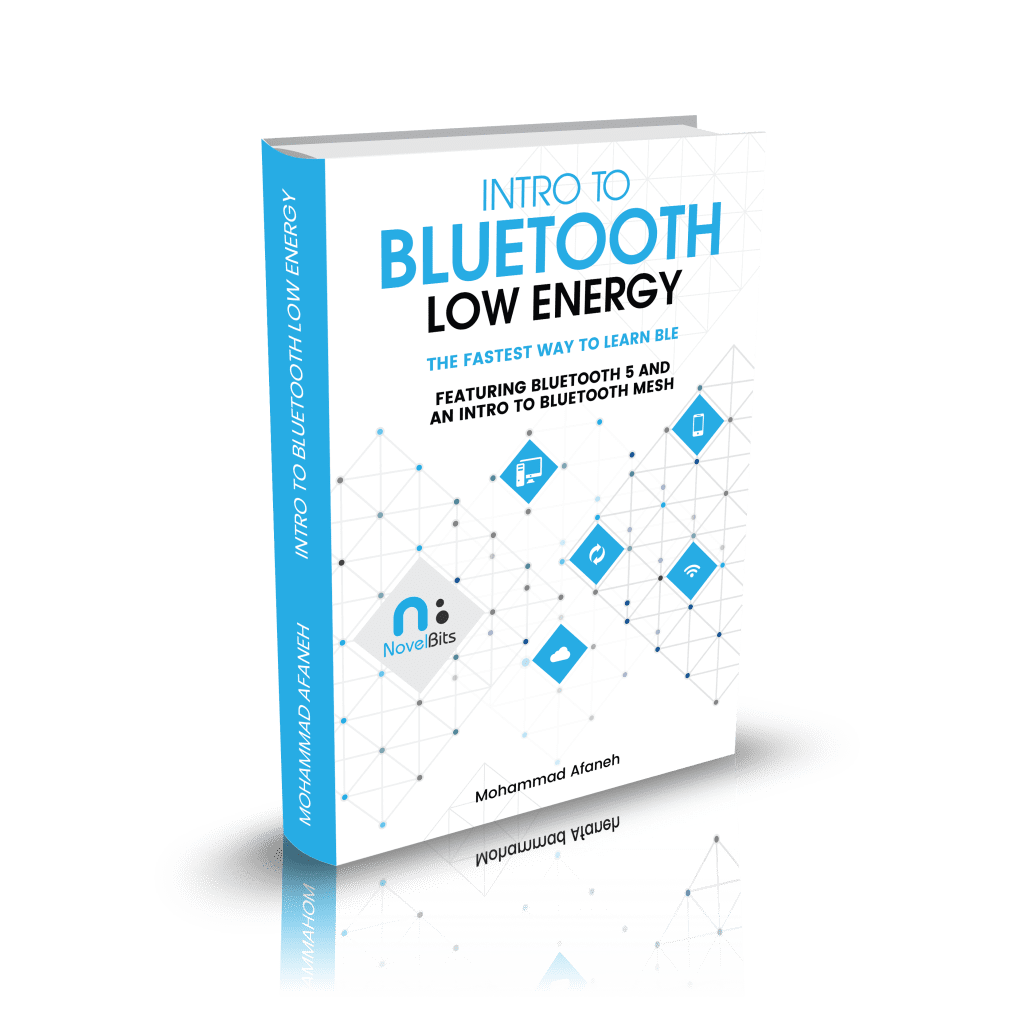