In last week’s tutorial (The Ultimate Bluetooth Mesh Tutorial (Part 1)) in this series on Bluetooth mesh, we covered the following:

In this week’s tutorial, we’ll continue by covering a few more concepts within Bluetooth mesh, including:

Let’s go through each of these in more detail.

One important term defined in Bluetooth mesh is the concept of a model. A model defines some or all functionality of a given element.

There are three categories of models:

Models can be extended to include additional functionality instead of modifying the original model. A model that is not extended is called a root model.

Another concept we want to cover is the concept of scenes in a Bluetooth mesh network. A scene is a stored collection of states and is identified by a 16-bit number which is unique within the mesh network.

Scenes allow triggering one action to set multiple states of different nodes. They can be triggered on-demand or at a specified time. For example, a scene may be configured to set the temperature of a room to 72 degrees, the living room lights to a certain brightness level, and the window blinds to close.

A node may support none, some, or all of these optional features, which may be enabled or disabled at any time. For example, a single node may have the features of a relay node, proxy node, and friend node, all at the same time.

A relay node is one that supports the relay feature. This means it can retransmit messages that are broadcast by other nodes. This enables extending the reach of these messages and allows them to traverse the entire network beyond the reach of the original transmitting node. 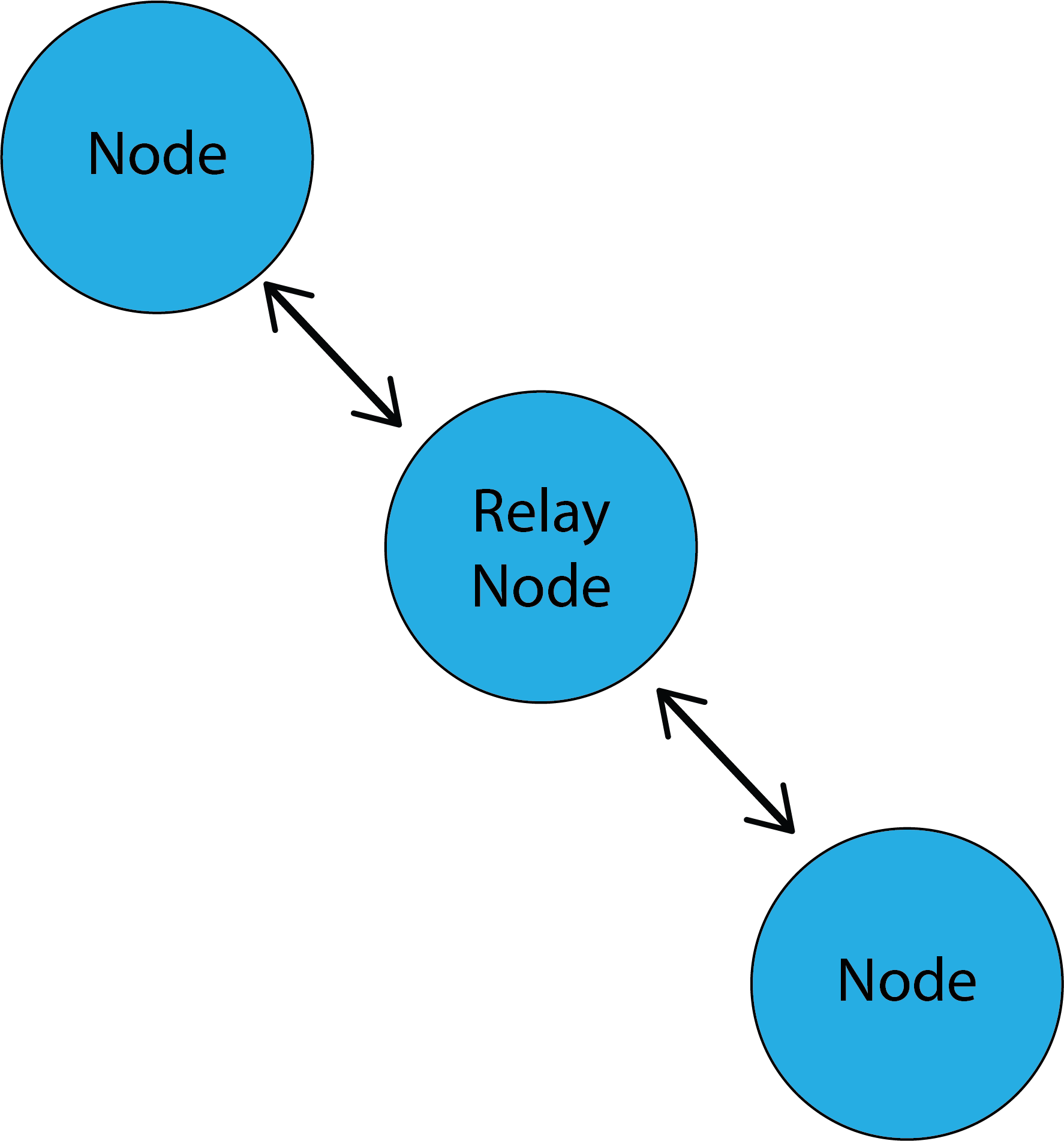 To allow communication with a mesh network from a non-mesh-supported BLE device, a special type of node called a proxy node can be utilized. A proxy node acts as an intermediary and utilizes GATT operations to allow other nodes outside of the mesh network to interface and interact with the network.

The protocol used in this case is called the proxy protocol, which is intended to be used with a connection-enabled device (using GATT).

For example, this allows a smartphone that does not implement the Bluetooth mesh protocol to interact with a mesh network via a proxy device through GATT operations. 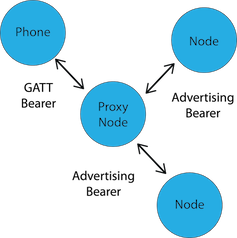 Here are how these two types of nodes work together: 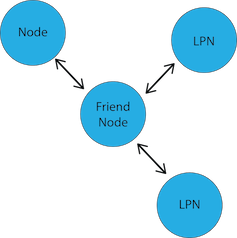 The Architecture of Bluetooth Mesh

Bluetooth mesh builds on top of BLE. It specifically utilizes the advertising state of BLE devices. Devices within a Bluetooth mesh network do not connect to each other like traditional BLE devices do. Rather, they use the advertising and scanning states to relay messages to each other. There is one exception to this in a special device that can be part of the mesh network (which we’ll cover in the section on “Node Types”). 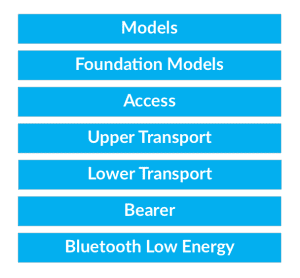 Here’s a description for each of the layers within the architecture of Bluetooth mesh (starting with the bottom layer):

In this post, we covered some additional terminology within Bluetooth mesh in addition to a high-level overview of its architecture. In the next post, we will go over one of the most important concepts in Bluetooth mesh: the provisioning process. We’ll also cover the topic of security and how its handled in Bluetooth mesh. Continuing after that, we will begin implementing a simple Bluetooth mesh network on the Nordic nRF52 series platform.