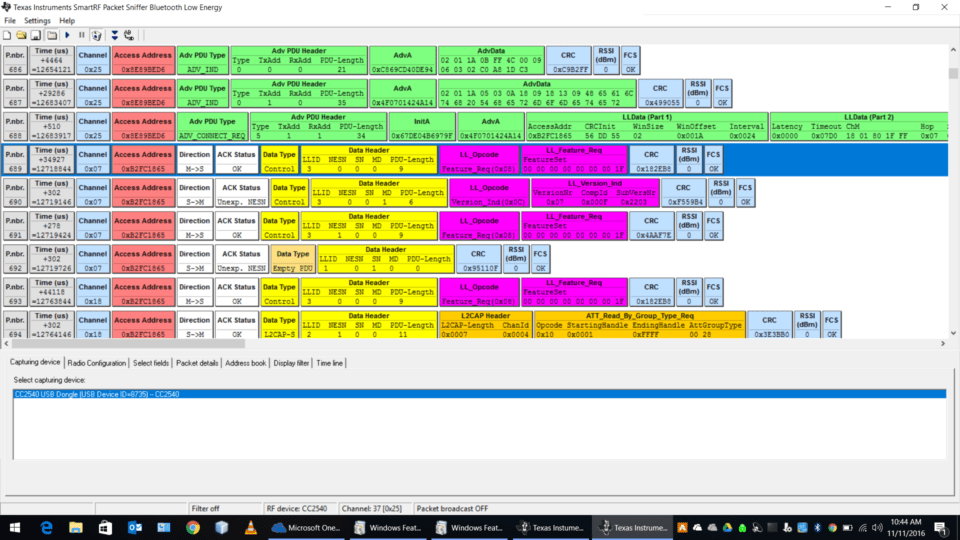 In my previous video looking at connection data captured via a BLE sniffer, I missed explaining two bits in the data that can be confusing to understand. The bits are the SN and NESN in the LL data packet.

A few notes to better understand these bits:

If you look at the above capture:

Hopefully, this provides a good explanation of these bits and how they’re used for data flow control.

Posted in BLE technology and tagged Link Layer, LL packet, NESN, SN, Tutorial
← How do I choose a UUID for my custom services and characteristics?Four things you should know about the upcoming Bluetooth World 2017 event →
Scroll To Top